What did Hari Rhodes really think of Daktari?

We are pleased to feature this guest post by one of our contributes, Ken Lynch:

A December 2015 posting on this website recently spotlighted the ‘forgotten’ co-stars of Daktari – Yale Summers and Hari Rhodes. I say ‘forgotten’ as most commentaries on this TV show concentrate on Marshall Thompson and Cheryl Miller.

I have previously tried to redress this situation in an April 2014 posting on the website which revealed some surprisingly outspoken and honest comments by Yale Summers on what he thought of his time in Daktari.

Recent research has also revealed some similarly themed comments by Hari Rhodes – proving once again that all was not as it seemed behind the scenes! 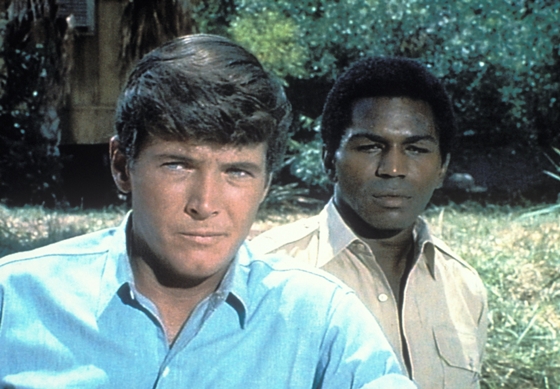 Hari Rhode’s career prior to joining Daktari in 1966 is well documented in his biographical information on this website.

Interestingly, it would appear that Rhodes was not actually a part of the original cast of Daktari. It is highly likely that Don Marshall was first cast as Yale Summers’ fellow intern but was then replaced by Rhodes after just three episodes (see the Daktari Season One Episode Guide opening narrative for further details).

Despite his apparent late entry to the fold, Rhodes remained with the show for all of its four seasons. Summers, however, left the show after the third season.

Hari Rhode’s Relationship with his Co-stars

In over 70 episodes of Daktari, Hari Rhodes and Yale Summers worked side by side assisting Marshall Thompson’s character at the Wameru Study Center. To the viewer, their on-screen relationship was amiable and strong at all times.

But it was very surprising to find at least two newspaper reports commenting on the fact that their off-screen relationship was not so friendly!

An article in the 21 October 1967 edition of The Deseret News indicated that “a feud has reportedly broken out on the Daktari set. Co-stars Yale Summers and Hari Rhodes make biting remarks about each other all day.”

Then an article dated 27 March 1968 in The Milwaukee Journal went even further stating that “Hari Rhodes was not the unhappiest guy in town when his Daktari co-star Yale Summers decided to leave the show. It’s been easier for Yale to get along with the animals on the series than to get along with Hari these last seasons. But, at least to Yale’s credit, he hasn’t been telling outsiders about the feud.”

Rhodes’ apparently negative attitude towards his co-stars may not have been restricted to just Yale Summers.

When the 4 September 1969 edition of The Pittsburgh Press reported that Africa USA had been deluged by floods, it included a quote by Rhodes that “when that happened the whole cast lit up sparks to celebrate. You got psyched up about that place, driving up and back every day. I knew every tree, the fence. The whole cast hated that show, except for Marshall Thompson, who pranced around as the Daktari.” Rhodes reportedly used falsetto at the end of that statement!

Marshall Thompson, Hari Rhodes and Judy behind the scenes in “Little Miss Nightingale”

While it is disconcerting to read these accounts, it is probably understandable that the working relationship between the co-stars could have broken down under the pressure of the daily shooting schedules for this top rating TV show.

Hari Rhodes was never as comfortable with animals as his co-stars Marshall Thompson, Cheryl Miller and (to a lesser extent) Yale Summers.

Never was this more evident than in the opening scenes of the first episode aired, “The Elephant Thieves”. Watch the (German-dubbed) YouTube clip at https://www.youtube.com/watch?v=ejzhHhmM7is – particularly at the 3m30s mark – to see just how uncomfortable Rhodes was!

Despite this, it has to be admitted that he appeared more comfortable when animals were sedated or during fun sequences with escaping animals.

6 comments on “What did Hari Rhodes really think of Daktari?” 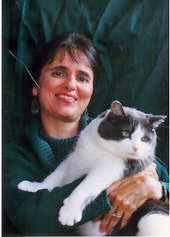